Down comforter is the most comfortable bedding I know, but it’s also the most problematic blanket I maintained as well. There will be times when the down or feathers begin to leak. Dust accumulation leads to allergic reactions as well. Most of all, the fluffiness of the comforter decreases.

This doesn’t mean, however, that you’ll endure these issues for the rest of the comforter’s life. There are ways to deal with these down comforter problems and I’m going to teach you how.

Preventing Leaking Feathers and Down

When down or feathers begin to leak out, you should start looking for a duvet cover to contain the filling inside. Make sure that the duvet cover suits your down comforter. The cover will be able to prevent further loss of filling.

If the filling leaks too much, then start looking for ripped areas. If you know how to sew, then feel free to repair the ripped section of the shell. If it’s too big and you can’t fix it by yourself, then it is time to call the bedding company and ask them if they offer repairs. Don’t hesitate to pay the repair fee, it’s cheaper than buying a new down comforter. 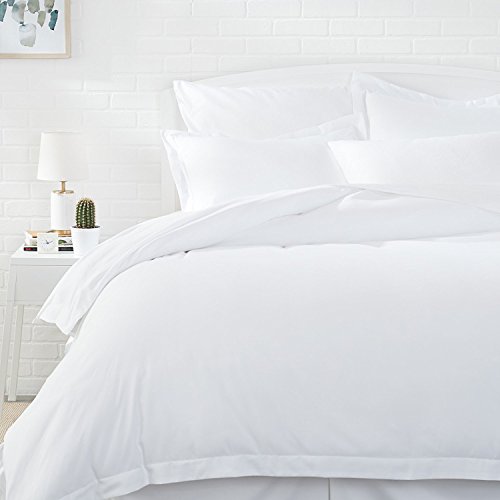 If you’re still planning to purchase a down comforter and you know you’re allergic to feathers or down, then go for alternative down comforter. They are made of synthetic filling to imitate the comfort offered by down comforters, less the allergens.

For those who already own a down comforter and later realized that they are experiencing allergic reactions, then your best bet is to buy an allergy proof cover. This kind of cover will give you two benefits. First is that it prevents the down and feathers from leaking out of the shell. Second is that it also prevents the allergens from reaching you. 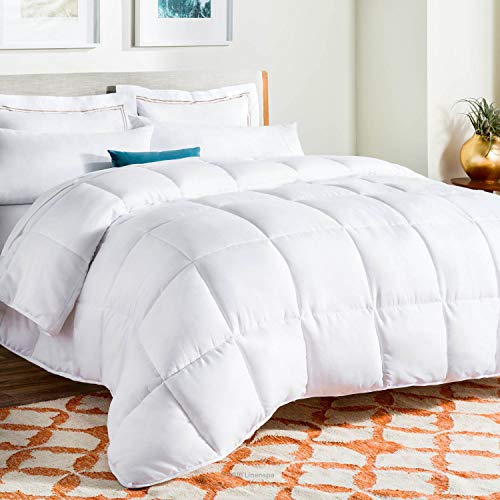 Air has a major role in a down comforter’s fluff. It helps to distribute the down evenly. If the air inside the comforter’s shell is not enough, then it won’t look fluffy as well.

To re-fluff the down comforter, you can lay it flat on the bed. Pull the top edge up to above head level and shake it. This will help in re-distributing the filling inside the shell.

Do not set the machine to a high-heat setting because it may damage the shell and the filling of the comforter.

DownComforterExpert.com is a participant in the Amazon Services LLC Associates Program which is an affiliate advertising program designed to provide a means for sites to earn advertising fees by advertising and linking to Amazon.com. Amazon, the Amazon logo, AmazonSupply, and the AmazonSupply logo are trademarks of Amazon.com, Inc. or its affiliates.

This site earns from qualifying purchases. We may also earn commissions on purchases from other retail websites.